Europe’s version of the Pebble Beach Concours d’Elegance is held every year at the Villa d’Este. There is a large selection of rare and valuable cars at the event. If you’re into champagne, it’s a real treat for the eyes, ears and palate. About 50 cars were shipped to Lake Como from over a dozen countries, and it wasn’t just the usual suspects. There were a lot of pre war cars, but some of the icons that younger enthusiasts grew up with were present as well.

The event was divided into eight categories this year:
Andrew Picker of Monaco won the coveted “best of show” award with his 1937 Bugatti 57 S, while the aforementioned classes were won by, respectively:
Judging at Villa d’Este is a big deal: The cars are won by a panel of highly experienced judges. 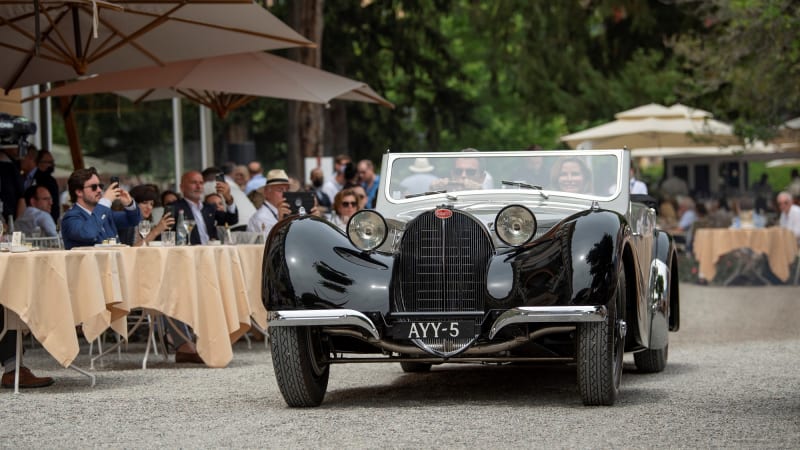 I was not given a scoring sheet for the cars, which I presumed was out of fear that I would give points to the late-model Fiat 600 lurking in the parking lot. Several cars that did not win an award caught my eye, one of which was a 1934 Bugatti Type 59 Sports. This grand-prix racer was once owned by King Leopold III of Belgium and is a magnificent car.
The 1961 BMW 700 RS is one of two cars built in that year – the other is in the BMW collection. It’s a tiny, ultra-light roadster that’s related to the 700 and powered by a 697-cubic-centimeter air-cooled flat-twin engine that’s been tuned to develop 70 horsepower. The RS won several hill-climb events during the 1960s.
The 1979 Bulldog concept from Aston Martin was quite the sight, especially with its fresh restoration. Check out the cassette player integrated into the headliner!

This year’s display at Villa d’Este was more impressive than usual because it celebrated the 50th birthday of the M division, and BMW is one of the event’s sponsors. While it wasn’t entered in the event, the 1972 Turbo concept was an unexpected treat; it features a wedge shaped silhouette, gullwing doors and a 2.0 liter four cylinder engine related to the unit that powered the 2002Turbo. The first M car was influenced by it, even though it wasn’t approved for production. It continues to run, as well. At Villa d’Este, BMW unveiled the M4 CSL and the M 1000RR 50 Years M motorcycle. Let us know which one is your favorite in the comments and check out the cars in our gallery.